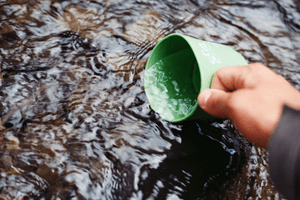 From 1953 to 1987, the water supply at Camp Lejeune Military Base in North Carolina contained significant chemical contaminants. Over this period of time, service members and their family members went about their daily lives drinking and bathing in water that contained dangerously high levels of toxic chemicals called volatile organic compounds (VOCs). These VOCs have been linked to multiple cancers and other health-related issues and diseases.

The toxic VOCs found in the drinking water at Camp Lejeune included:

On August 10, 2022, the Camp Lejeune Justice Act of 2022 was signed into law as part of a greater historic law called The Honoring Our PACT Act. PACT stands for Promise to Address Comprehensive Toxins. The PACT act is a new law that expands VA health care and benefits for Veterans who were exposed to burn bits and other toxic substances. As part of the PACT Act, the Camp Lejeune Justice Act is intended to help victims of the water contamination at Camp Lejeune who resided, worked, or were otherwise exposed to pursue the justice they deserve.

To be eligible to recover under the Camp Lejeune Justice Act, individuals with qualifying conditions must have served at Camp Lejeune for at least 30 days between the dates of August 1, 1953, and December 31, 1987.

If you or your loved one have been diagnosed with any of the following illnesses after your time at Camp Lejeune, you may be eligible for compensation:

At Freeburn Law, we value the bravery of servicemen and women who signed up to serve our country and believe that these individuals never should have been put at risk in this manner. If you were stationed at Camp Lejeune between 1953 and 1987, call to schedule a free consultation today.