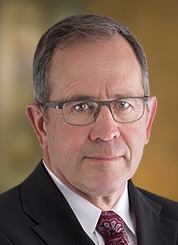 Richard E. Freeburn has received an AV rating, the highest possible rating from Martindale-Hubbell, which means that he is deemed to possess pre-eminent legal ability and very high professional ethics.

Martindale-Hubbell ratings were created in 1887 as an objective method of assessing a lawyer’s ability and professional ethics based on confidential opinions of other lawyers and judge. It has remained the most prestigious and widely respected lawyer rating system in the world for the past 119 years. Martindale-Hubbell’s evaluation process is based on confidential questionnaires sent to lawyers and judges in the geographical area of the lawyer under evaluation. Legal ability ratings are based on five key areas, rated on a scale of 1 to 5, with 5 being the highest. Richard Freeburn scored a maximum of 5 in all 5 areas.

The Martindale-Hubbell Peer Review Ratings also allow reviewers to provide optional anonymous comments on the lawyer under review. Here are some of the comments about Richard E. Freeburn, Esq. from the attorneys who reviewed him:

“Richard Freeburn is of the highest quality, excellent first-rate practitioners to legal knowledge, who picks up the telephone, answers questions, explains the law…”
“He constantly amazes me. One of the best legal minds I have ever encountered.”
“I have known Mr. Freeburn for more than 10 years and find him to be of the highest moral character and exceptionally talented, skilled and knowledgeable personal injury lawyer.”

Richard E. Freeburn has also been selected to be a member of Super Lawyers. Super Lawyers is an independent rating service of outstanding lawyers who have attained a high degree of peer recognition for professional achievement.

Richard E. Freeburn has represented approximately 50 police officers and their family members who have been injured or killed in accidents, including 7 wrongful death cases. Richard E. Freeburn takes special pride in protecting those who put their lives on the line every day to protect their community.