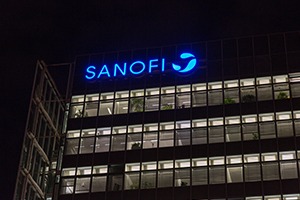 It is yet another critical revelation in the pharmaceutical industry. French drugmaker Sanofi has been accused of destroying emails related to its 2019 recall of the over-the-counter heartburn medication, Zantac, following a FDA finding in 2018 that the drug contains potentially toxic levels of N-nitrosodimethylamine, or NDMA – a carcinogen. According to a May 7th court filing, the destroyed email threads within Sanofi regarding the drug’s detrimental effects will further complicate plaintiffs’ cases against the company.

The string of emails included Michael Bailey, the head of regulatory affairs for Sanofi’s U.S. Consumer Healthcare division. This has resulted in the “delay and/or postponement of many key Sanofi depositions,” according to patients’ legal representation. The lawyers have asked a judge for more time to prepare for their first trials. The trials, since delayed, will now begin at the beginning of 2022.

A Lack of Pharmaceutical Transparency and Abundance of Accusations

Many suggest that Sanofi’s corporate behavior is suspicious, to say the least. According to the U.S.-based spokeswoman for the drugmaker, Ashleigh Koss, it’s not what it seems. “Although Sanofi has already provided hundreds of thousands of pages of relevant discovery to the plaintiffs, Sanofi has voluntarily disclosed that certain emails requested by plaintiffs were not preserved as intended,” she described in an email to Bloomberg.

Plaintiffs with unanswered questions on the safety of the drug, however, beg to differ. Since September of 2019, 33 drugmakers, 25 retailers and 4 distributors, including GlaxoSmithKline Plc and Boehringer Ingleheim GmBH, have been accused in various lawsuits of failing to inform consumers on Zantac’s health risks. Over 1,300 suits, with claims from over 70,000 patients, have been consolidated before the U.S. District Judge Robin Rosenberg in Florida, making it one of the largest consolidations in the U.S.

Compensation for Those Affected by the Dangerous Drug

Among these cases, two class action lawsuits have been proposed for ex-Zantac users. The first would be designated for cancer patients who have suffered economic losses following the consumption of the drug. The second would serve former Zantac users who have no existing cancer diagnosis but might warrant medical monitoring in the future due to NDMA contamination. The lawyers involved claim that this is due to the negligence of Sanofi and associated companies for failing to blow the whistle sooner, and the destroyed internal emails could have been a key indicator. Court filings show that an internal investigation of Sanofi is underway regarding the context and intention behind the deleted emails.

Freeburn Law Is Here To Help

While Sanofi claims there was no intentional destruction of data, the court verdict may say differently. Have you or a loved one used ranitidine, commonly known as Zantac? You may be entitled to compensation. At Freeburn Law, our dangerous drug lawyers will fight for you to receive the justice and peace of mind that you so rightfully deserve. To learn more or to schedule a free consultation, contact us by calling 717-777-7777 or by submitting a free consultation form online today.