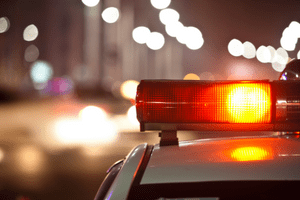 Pennsylvania Governor Tom Wolf has ordered that flags be flown at half-staff in honor of two state police troopers killed in the line of duty. Multiple news sources are reporting that the young officers were struck and killed by a suspected drunk driver while responding to a distress call along I-95.

Driving under the influence needlessly claims thousands of lives each year. At Freeburn Law, we are dedicated to bringing justice to those who have been injured or killed due to an impaired driver. If you were injured or lost a loved one in a drunk driving accident, contact our office at (717) 777-7777 for a free, no-obligation consultation.

Deadly Drunk Driving Accident on I-95

As reported by CBS 3 News, charges have been filed against a 21-year-old woman who was allegedly driving under the influence when she struck and killed three people on I-95. The devastating crash took the lives of two Pennsylvania state police troopers and a pedestrian they were trying to help.

The accident occurred near the Broad Street Exit in the Southbound lanes of I-95 shortly before 1:00 am on Monday, March 21. The suspect, Jayana Webb of Eagleville, faces 18 charges, including third-degree murder and homicide by vehicle. A judge denied bail, continuing her preliminary hearing to April 5.

Pulled Over Minutes Before the Crash

Reports indicate that the troopers had pulled the young woman over just minutes before the fatal drunk driving accident but were dispatched to help in another matter. The distress call was to assist a pedestrian who was walking along the interstate.

The troopers arrived on the scene moments later but were hit by an SUV driven by Webb. The pedestrian, 28-year-old Reyes Rivera Oliveras, was also struck and killed during the incident. Other charges filed against the suspected intoxicated driver include manslaughter of a law enforcement officer, involuntary manslaughter, driving under the influence, and recklessly endangering another person.

The troopers, Martin F. Mack III and Branden T. Sisca, were dedicated public servants. According to Eyewitness News, in addition to their service as law enforcement officers, Mack was an assistant lacrosse coach at a local high school, and Sisca was the fire chief of the Trappe Fire Company. Both were family men, Sisca leaves behind a wife and unborn child, and Mack leaves behind a wife and two daughters.

At Freeburn Law, our hearts go out to all of those affected by this accident and other drunk driving incidents. We know that alcohol-impaired crashes impact far too many families. If you have been involved in a DUI accident, contact our office at (717) 777-7777 for a free case evaluation.

Our lawyers will work tirelessly to hold drunk drivers accountable for their wrongdoing. Find out how we can help by calling our office today. We have recovered over $100 million in verdicts and settlements for our clients. Let us fight for you and your family.