Who Protects The Rights of Those Who Protect and Serve? 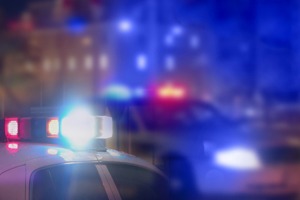 The men and women of our law enforcement work tirelessly to serve and protect the public. In doing so, police officers face a higher risk of incurring a work-related injury or illness than other occupations. The most common risk that is posed to police officers is injury that results due to persons or animals.

According to the FBI’s most recent report, in 2016 alone, 57,180 police officers were assaulted in the line of duty. The recent events in Palmyra show that such violence against police officers are not diminishing.

A police officer in Palmyra responded to a domestic dispute and was assaulted by a woman involved in the dispute. The woman was charged and sent to Lebanon County Prison.

If you are a police officer that has been injured or become ill while serving on the line of duty, call the experienced personal injury attorneys at Freeburn Law for help. Just call the 7’s, 717-777-7777.

When you call, you’ll speak with a leading police officer injury lawyer for free. At Freeburn Law, there’s no attorney’s fee due up front, and we only recover when you do.